What is Non Linear Video Marketing? 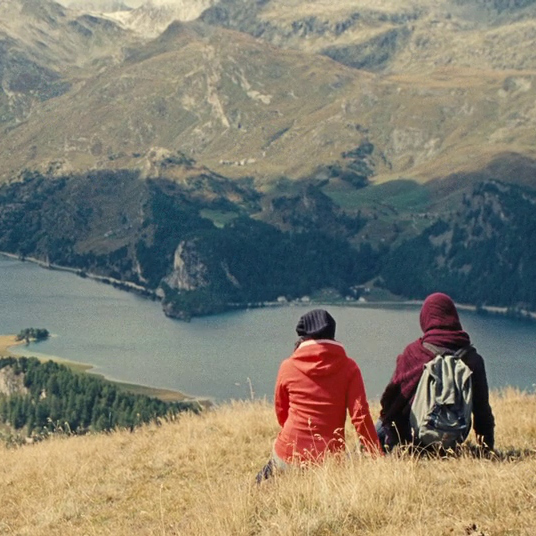 Building brand awareness in the digital age can be a very daunting affair. Whilst the appeal of a compelling story and a strong brand image hasn’t been diminished by the digital age, the ability to effectively communicate this to consumers with a simple linear narrative has. Irrevocably so. The vast proliferation of online platforms and mobile devices has seen collective audience attention dilute and spread out across a seemingly incalculable number of disparate channels. In this age of YouTube, Netflix and TV on demand, long gone are the days of an assured captive audience in television advertising breaks. In this article I want to explore the concept of using non-linear video marketing and how online platforms and traditional channels can work together to create brand marketing campaigns that are memorable and build genuine relationships with their audiences.

Modern tech savvy consumers are becoming impervious to traditional ‘interruption marketing’ techniques and now actively seek out content they can own, across channels and platforms and across multiple devices. This is a marketing landscape inordinately more diffuse and multi-layered than anything that has come before it and it presents both huge opportunities as well as huge challenges for video marketers. Take this recent Accenture Report from 2015, which found that 87% of consumers use a second screen while watching TV, with smartphones being the most popular (57%). The trend is unsurprisingly geared towards millennials with 74% of 14-17 year olds using smartphones at the same time as watching television. With the growth of connected ‘smart TVs’ the boundaries between online platforms and the screens we are watching is further blurred. This behaviour is known as omniscreening and it has been eroding the efficacy of traditional linear brand narratives for years. But omniscreening is just a symptom.

To understand the cause it to understand how the digital revolution has upended the relationship between the brand and the consumer. The age of linear narratives expressed through TV, print and billboard advertising have gone. Audiences want to engage with brands on their own terms, not be told what to buy and why. They want a dialogue, not a monologue. Many will argue that the internet and social media has merely caused attention spans to become shortened and on one level that’s probably true but, from a video marketing perspective, this is the wrong way to think about it. Instead, it’s better to think of cumulative consumer attention being spread out across different media, platforms and devices. Establishing a brand presence across all these channels isn’t just desirable, it’s crucial to audience engagement. This means abandoning traditional linear narratives in favour of non-linear narratives. A great example of non-linear marketing was the launch of 2015’s Channel 4 drama, Humans. The promotional campaign kicked-off with a series of television ads showcasing a fictional organisation, Persona Synthetics, providing lifelike robots, known as Synths.

The adverts drew attention to an associated Twitter account, by incorporating the hashtag #Humans in the bottom corner of the end screen. Viewers could then click to a working website for the company.‘Is this for real?’ was a typical initial response and then a storefront on London’s Regent Street, one of the most famous shopping streets in the world, was given a makeover and covered in Persona Synthetics branding, complete with a pair of animated robots in the windows, reacting to passers-by using Microsoft’s Kinect technology. An eBay shop was also setup, encouraging bids for the sophisticated ‘Synths’.

This coordinated approach resulted in an explosion of social media activity, with widespread engagement and discussion. The efforts paid off, with the show attracting a record-breaking 6 million viewers,  and becoming the broadcaster’s biggest hit for 20 years.

One thing that the internet hasn’t changed is the idea that we are all attracted to stories, especially if those stories are genuine, passionate or have the ability to whisk us off into other worlds. Whether these stories are told on YouTube or Television is, in some ways, irrelevant. What matters is how they are all tied together. This is the essence of the non-linear brand narrative. Imagine a television commercial that features a hashtag at the bottom of the screen or prompts you to find out more by Shazaming the soundtrack.

By pushing audiences from a traditionally non-interactive media platform like television, to a more interactive social media platform like Twitter via a smartphone, the brand is able to build up a non-linear narrative where audiences can share and interact with the content across multiple platforms and devices. And it needn’t stop there. From Twitter users could be alerted to new YouTube content or even directed to a landing page on a website. This joined-up approach works on the premise that the sum is greater than its parts.

Tying together the exposure and visibility of a prime time TV commercial with the interactive and user-lead approach of social media, allows one to play off the other’s strengths. So just as shares across peer to peer networks encourage viewership of said TV commercial on platforms like YouTube, the TV commercial itself drives users towards new a continuing brand narrative on social media. This is something that Coca-Cola calls ‘liquid and linked’ content strategy. The effect is essentially a self-reinforcing feedback loop. Bring in other channels and this feedback gets stronger. The glue holding it all together is the brand narrative.

This fluid online marketing environment has been driven by the huge growth in social media and advancements in mobile internet and smartphone ownership, two factors fundamental in creating what is commonly referred to as Web 2.0, where user-generated content and interactivity became the norm online not the exception.

The hashtag has become synonymous with a modern desire in consumers to interact with media instead of just passively consuming it. Many of us can no longer read a piece of inspiring journalism online or watch a mesmerising YouTube video without feeling the need to share it on our social feeds. This desire to share and interact with content represents the bridges through which non-linear narratives can exist. The hashtag itself is a useful conduit through which to channel audience attentions from one platform to another.

The tricky part is creating content that appears consistent and fits with your wider brand narrative but is also native and natural to the platform it resides on. Each element of the story must compliment or play into the other but cannot become overly reliant on the other elements. Consumers won’t necessarily come across the same content in the same order so the marketing funnel must have many entry points. The idea is to make people want to find out more by pushing them onto other platforms where they can learn more and interact. Because they’re easy to remember, this is why hashtags work so well on non digital media, but the same can be true of short URLs and scannable media like QR codes or Shazamable soundtracks. Non-linear narratives can (and should) also bring in strands that exist outside of the TV, PC or smartphone screen, into the world of print, experiential or guerrilla marketing.

More often than not, non-linear narratives feature one tentpole or hero piece of content that will feed viewers to other media but that’s just one of many possible iterations of a non-linear campaign. Below are some ideas of how you can bring content across different media together, often driving consumers from one to the other:

Blending narratives across platforms can be challenging at first and re-working the way you think about brand narratives from a linear mindset to a non-linear one can take a bit of getting used to. It’s important to play to the strengths of each platform, whilst maintaining the look, feel and ethos of your core brand narrative. If you can maintain this consistency and keep your narrative on message and on theme then the potential for real traction in your brand marketing is huge. 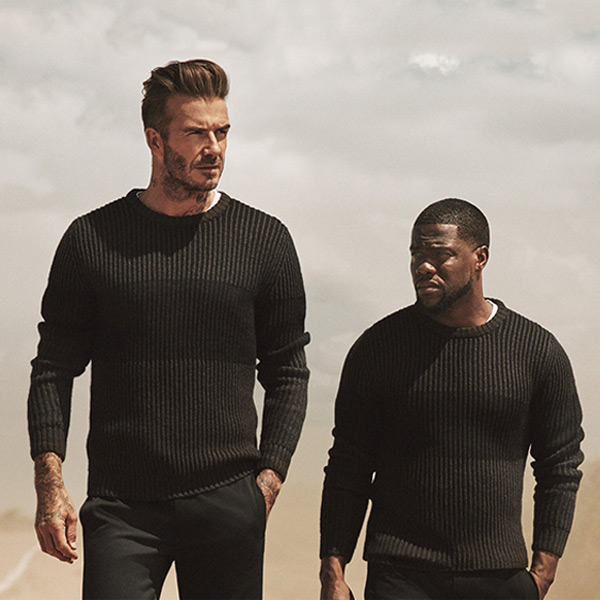 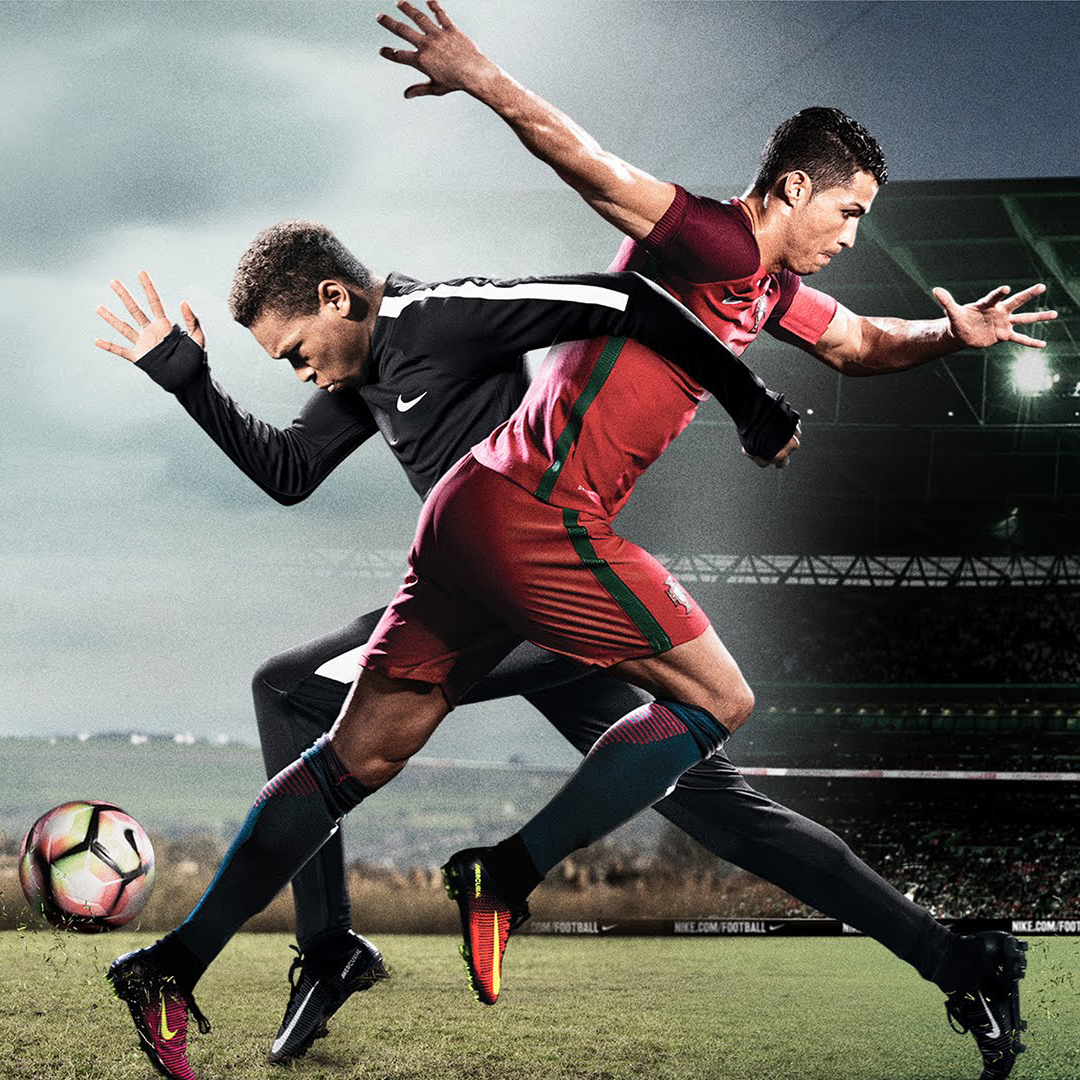