Cutting out the Ad Agency 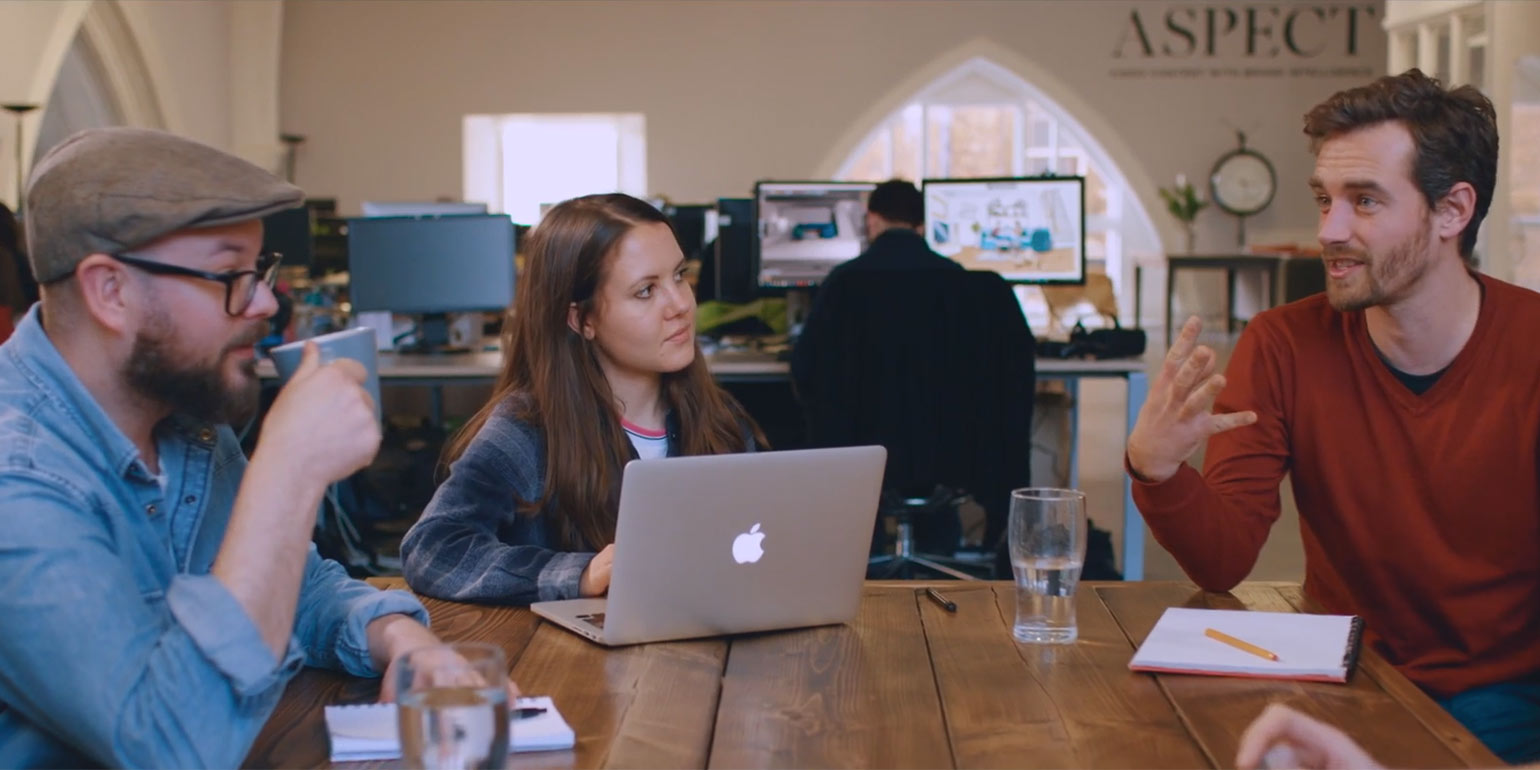 The advertising industry is changing. The seemingly immutable role of the ad agency is, arguably, in a process of flux and agencies are struggling to adapt and make sense of this brave new world. There’s no doubt that the global economic slowdown since 2007/8 has played a large part in the financial pressures on advertisers to cut costs, something that has seen ad agency revenue steadily fall.

Only last year, the world’s largest advertiser, Proctor & Gamble announced it was to shave half a billion dollars in fees it pays agencies. P&G aren’t alone either and joins the ranks of several other big players like Coca Cola, Unilever and Visa, who between them are looking to put some $20 billion worth of ad revenue under evaluation.But cost savings only tell half the story. The industry is changing at a more fundamental level that is seeing the traditional boundaries between agency and studio, creative and production, break down. In this article, I want to explore how video production companies have begun to undermine the ad agency business model and how the ad agencies are fighting back.

Why Brands are bypassing Agencies

In 2012 when the US multinational Qualcomm approached production company 1st AveMachine to commission an animated brand film, from concept to execution, creative director Aaron Duffy’s initial reaction was to try to connect them with an agency. There was no mistake though; Qualcomm had bypassed the agency and tapped straight into the creative talent of the production company. “We get time to be creative and have an ability to direct the work,” says Liya Sharif, head of Qualcomm’s global brand strategy. “They also bring to the table an expertise level that traditional agencies may not be staffed up for.”Clearly the very definition of what constitutes an advertising agency and what constitutes a film production company is becoming blurred. This change is being driven to a large extent by the rise of digital, in particular the huge growth of online video and the rise of value added brand content, as exemplified by YouTube’s Help Hub Hero approach to video marketing.

The need for real time and reactive content that audiences flies in the face of the top down trend setting approach of the traditional advertising model. The internet has changed the nature of the relationship between brand and customer in a way that is blowing apart the monopoly ad agencies have traditionally enjoyed on creative strategy. This has put video production companies in the unique position of being able to offer joined up marketing solutions, with production, creative, strategy and market activation all performed in-house, without the need to outsource. Effectively they are becoming their own mini-agencies.But does this ‘go direct’ approach mean the video production companies are looking to compete head to head with the agencies? Well perhaps not all of them. “Do I want to compete with agencies? God, no,” says Sally Campbell of London based production company, Somesuch. “I don’t want the burden of a huge account and all that goes with it. Do I want to pressure my directors into doing work they don’t want to do? Absolutely not. I want to maintain my company’s reputation for creative integrity. But will I do one-off projects direct to client? Of course. And for a certain brand or brief, I believe we are resourced better than anyone else.”

John Winsor, CEO of ad agency Victors & Spoils, is candid in his assessment of why brands are cutting out agencies. Amongst the reasons he cites for the bypassing of ad agencies is the internet’s democratisation of the marketing process through things like crowdsourcing, market research, as well as delivery platforms. “Agencies used to live in rarified air, being experts at changing culture.

Now, everywhere you look, the best, most interesting creative ideas are coming from people using the same tools agencies use or with new partners outside the agency world.”There is no doubt that the rise of online video, has in many ways created the fertile soils in which video production companies have been able to carve out a distinct market advantage over traditional ad agencies. The meteoric rise of social media platforms like YouTube and Facebook has meant brands are having more and more channels to fill with fresh content.The need for more and more content, combined with current trend in corporate cost cutting, has driven the market for cheaper and more affordable video content, which is where the traditional advertising agency model tends to come unstuck. “As media costs go from analog dollars to digital dimes to mobile pennies there’s no room for big agency overhead,” as Winsor poetically puts it.

Have Ad Agencies finally woken up and Smelt the Coffee?

It seems pretty clear that the traditional ad agency paradigm, as exemplified by US series ‘Mad Men’, when client agency relationship could (and often did) last for decades, has well and truly been shattered. Steve Slivka, exec VP-exec creative director at Edelman Chicago is perhaps more candid than Winsor in his explanation of the previously prevailing attitude in ad agencies. "How things have changed. Before you were seen as lesser-than if you were doing in-house production stuff, like you weren't a real creative."But it seems that the advertising agency world has now woken up to the existential threat it faces. The answer has been to build up their own internal production units, which have traditionally sat on the fringes playing second fiddle to the independent production houses. This in-house trend can be seen across the industry, as full service agencies become one stop shops for clients looking for everything from YouTube product demos and other hub content to big budget television advertising."In-house capabilities need to become the soul of the agencies in general," says David Rolfe, of the New York based ad agency BBDO. "If you have that capability, and it is part of the creative process from the beginning, it helps to inform and calibrate the entire agency. It helps when you're addressing any sort of content, whether it's big-budget broadcast or something smaller."

Whilst the traditional advertising agency is by no means on the way out, the rigid definition we have had for it is beginning to become outdated. The trend to move marketing functions in-house has been driven in large part by the proliferation of new disciplines created by the rise of digital, as well as the huge demand for regular and engaging video content this has generated.

This trend to moving services in-house has also seen brands like Nike, Coke and Red Bull take ownership of their own creative strategies, effectively cutting out the agencies, who have traditionally acted as middlemen, outsourcing production to the production companies and studios.Of course it’s not all doom and gloom for the agencies and in this brave new world new symbiotic relationships will form alongside healthy competition. Qualcomm’s Sharif is adamant that the agency model is far from dead. “It’s a complementary model. We still have traditional agencies. We have in-house capabilities, too.

At the end of the day, the whole model that says you can only do it one way, I think that’s over.” Whether she’s proven right or not, it’s certainly an exciting time to be a video production company. 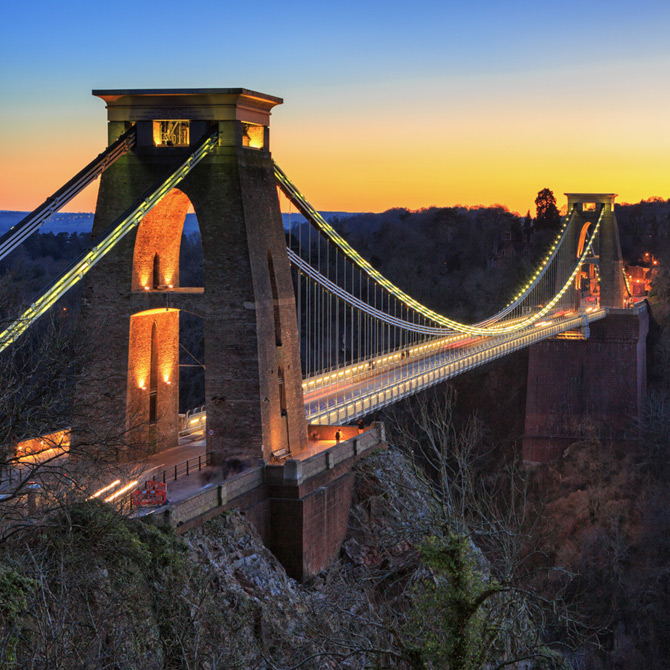 September 12, 2016
From Vine to Periscope: A Roundup of Video Apps for Social Media
Like what you see?