15 Top Locations to Film in London 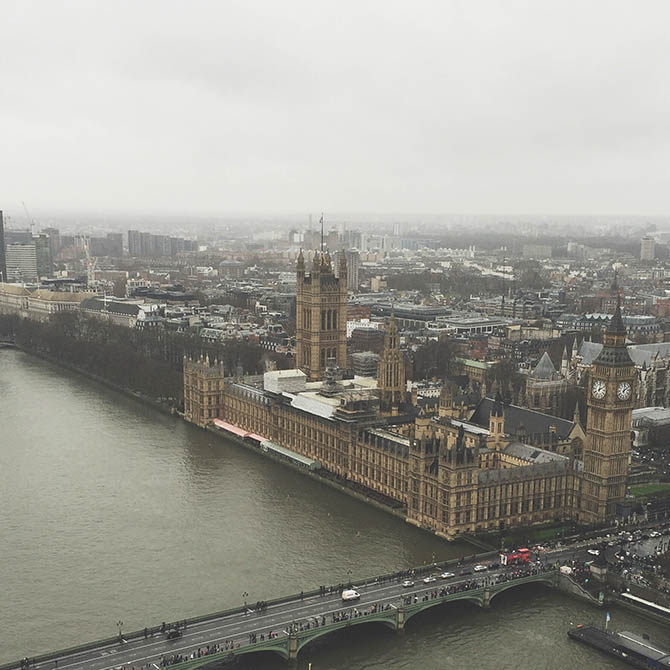 Historic and vibrant, you will find in London some of the most recognisable streets and landmarks in the world. With so much history and so many iconic locations to shoot in, London has been the backdrop for so many fantastic brand films and TV ads. Below is our guide to what we consider to be some of the best and most iconic filming locations in London:

Big Ben is actually the name given to the 13-ton massive bell inside the clock tower. This neo-gothic clock tower, completed in 1859, is located at the north end of the Palace of Westminster. It looks spectacular at night especially when its four faces are illuminated. Big Ben is often used as establishing shots for movies like the James Bond franchise, V for Vendetta, and Euro Trip. Several groups handle the permits for in and around this location, depending on which position you choose.

The world’s tallest cantilevered observation wheel is located opposite the Big Ben and looking over the River Thames. One rotation of The London Eye takes 30 minutes to complete, allowing you to see approximately 40 kilometres of the city, while riding in a high-tech glass capsule. It was rebranded the ‘Coca-Cola London Eye’ in 2015, when the beverage company started sponsoring the world famous landmark. You’ll see the 135-metre observation wheel in the Harry Potter franchise and animated movies like Cars 2 and Madagascar 3. Similar to the Big Ben, there are also several bodies handling the permits.

The Buckingham Palace is one of the last remaining royal palaces in the world. Since this is the official residence of the Queen, filming is understandably strictly controlled, with the government often refusing permits to certain brands. Give it at least five business days to approve your application and get your fee ready.

For the exterior areas (The Mall, Birdcage Walk, the Palace, Horse Guards Parade and St James Palace), email film@royalparks.gsi.gov.uk or contact +44 (0)300 061 2111. If you want to film the Changing of the Guard, you’ll need to contact The Royal Parks. Filming inside the Palace is rarely permitted, but if you want to give it a go, then its press office can be contacted via +44 (0)20 7839 1377.

There are twenty one bridges spanning the River Thames from Richmond Bridge in the west to London Bridge and Tower Bridge in the east. As such, different bridges fall under the remit of different boroughs. Some of London’s bridges are extremely iconic and many more give unparalleled views of the riverside buildings of the Thames, including the MI6 building, which fans of the new James Bond films will be familiar with.

‍Click here for details of which boroughs cover which bridges and contact details of the various film offices.

Known for its fountains and architecture, including the Fourth Plinth, Nelson’s Column and those majestic stone lions, Trafalgar Square is about as iconic as London filming locations get. You’ll also see cultural events and performances, as well as the biggest Christmas Tree in London, so expect it to be busy year-round. The location has featured in many films and commercials, most recently in Captain America: The First Avenger and the latest iteration of the Wonder Woman.

For permits, you can contact the Greater London Authority for the main square, Westminster City Council for the surrounding area, and The National Gallery for the paved passageway between the gallery and Sainsbury Wing.

Thanks to its Victorian architecture, hidden corridors, and old libraries, the Natural History Museum has hosted movies such as Jupiter Ascending, Lara Croft: Tomb Raider, and the remake of The Mummy.

Filming is only allowed beyond opening hours (10am to 6pm). Contact the museum for permits. You can also find their rates here.

The River Thames is 215 miles long and is the second longest river in the UK. Flowing through Central London, the river has guest starred in various movies, including Sherlock Holmes, Shakespeare in Love and The World Is Not Enough to name just a few. Given its length, two organisations grant filming permits:

This World of Heritage Site is always teeming with guests, making it the most visited historic site in the UK. Despite its grim history of torture and death, people continue to flock to the area, making it another busy and bustling location to shoot in. Due to the expanse of this site, different parties manage filming permits.

You can click here to contact them. Keep in mind that approval depends heavily on the nature of your production, them and the size of your crew.

London’s transport network is run by Transport for London (TFL) and has a number of lines and routes that commuters use, including Docklands Light Railway, London Overground, London Underground, London’s City Airport and of course the Eurostar. The underground features a number of lines that spider out across the city, including the Northern Line, Victoria Line, Hammersmith and City line, Piccadilly line and Jubilee LineLondon Underground has featured in numerous blockbuster films, including Skyfall and Thor: The Dark World.

The governing body for each type of transport can be contacted here for filming permits.

A road junction located at London’s West End, Piccadilly Circus traces its roots from the Latin word meaning “circle”—referring to the round open space at the road junction. You may remember this area from Harry Potter and The Deathly Hallows: Part 1, Mission: Impossible Rogue Nation, and Netflix series Sense8.

Westminster’s Special Events & Filming Team looks after filming permits, and you can contact them here.

Located in Southeast London, The O2 entertainment district houses a music club, cinema, an exhibition space, numerous restaurants and of course the massive O2 Arena. Originally built to showcase exhibits in celebration of the millenium, The O2 (known then as the Millennium Dome) failed to attract its target of six million visitors and was closed by the end of the same year, with naming rights eventually sold to O2 in 2005. Finding itself at the centre of a political controversy the dome has since come to be seen as a national treasure and an iconic landmark on the London skyline. The O2’s circular base of 365 metres in diameter provides an expansive field for you to film in.

Queen Elizabeth Olympic Park, situated on the east side of the city, is a sporting complex initially built for the 2012 Olympic Games and Paralympic Games. The former Olympic Stadium is now home to West Ham Football Club but there are many other striking locations to the area, including Lee Valley, the London Aquatics Centre, and the divisive but unmistakable ArcelorMittal Orbit modern sculpture. These modern and at times futuristic spaces give any filmmaker plenty of interesting places to shoot.

To acquire permits, email film@queenelizabetholympicpark.co.uk or call 0208 536 2783. Make sure you have at least 10 working days lead time while you wait for approval. You can also visit the Queen Elizabeth Olympic Park website for their updated list of requirements and an application form.

Located in East London, Brick Lane runs from Swanfield Street in north Bethnal Green crosses Bethnal Green Road in Shoreditch and passes through Spitalfields to connect up with Whitechapel High Street at its southern point. What was once associated with the slums and Jack the Ripper murders is now known for being at the height of hipster cool, with its vibrant setting, vintage shops and amazing eateries. Brick Lane is always packed full of colourful characters and is a place to be seen by many in the fashion and music industries. Also famous for its neon lights, curry houses and famous Brick Lane Market, the area is home to the local Bangladeshi community.

It also has a large East India flea market which is an incredibly atmospheric and frenetic place to film (if not a little hectic). Governed by Tower Hamlets, you can contact their film office by calling 0207 247 1244 or emailing info@filmoffice.co.uk.

You can also click here for their fees. Do take note that the Brick Lane Market is only open on Sundays, 10AM to 5PM.

What was once a rundown and poor part of East London, Shoreditch is now the epitome of hipster cool London. Urban, colourful and gritty, it certainly is a vibrant and dynamic place to film. Littered with vintage shops, art galleries, street art, restaurants and Victorian architecture, Shoreditch is also home to Old Street Roundabout, which became symbolic of London’s dot com boom. Among the notable movies filmed in Shoreditch are Four Weddings And A Funeral,Lock, Stock and Two Smoking Barrel, and Contagion.

Fees can be found on the Hackney local government website.

Greenwich is where Eastern and Western hemispheres meet and is one of the most popular filming locations in the world, having featured in The King’s Speech, Les Misérables, Gulliver’s Travels, and Thor: The Dark World to name just a few. The Royal Borough of Greenwich is home to famous buildings like the Royal Observatory and the Old Royal Naval College which tells the story of the borough’s long and illustrious maritime history, making it an ideal location for videos with a nautical or historical theme. The Greenwich peninsula is also home to the O2 Arena.

If you want to apply for filming permission, traffic management, road closure or parking visit the official Royal Greenwich website.. You can also visit the Film Greenwich website if you need more information, such as pricing and filming guides. For more info and contacts on filming in or around the Greenwich Peninsula download this PDF guide.

‍If you’re thinking of creating a brand film or ad with London as your backdrop, then you can always get in touch with our Aspect London office in Soho Square, where one of our team will be happy to talk you through the logistics and process involved. 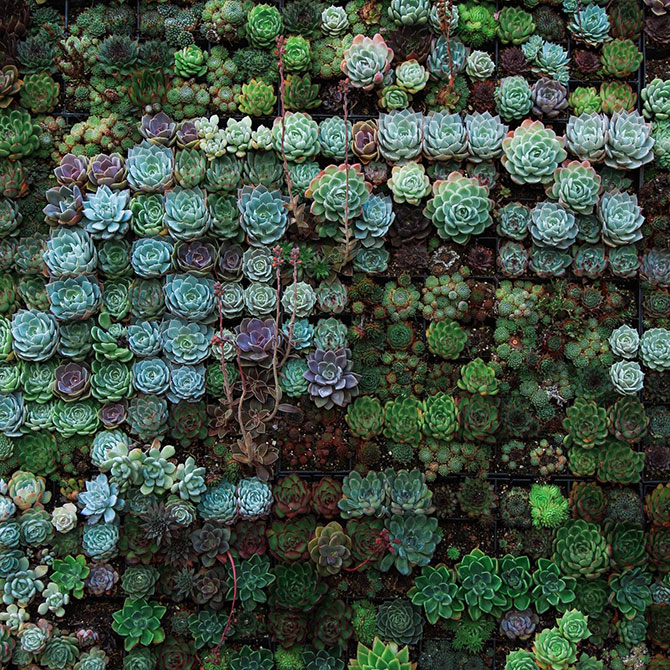 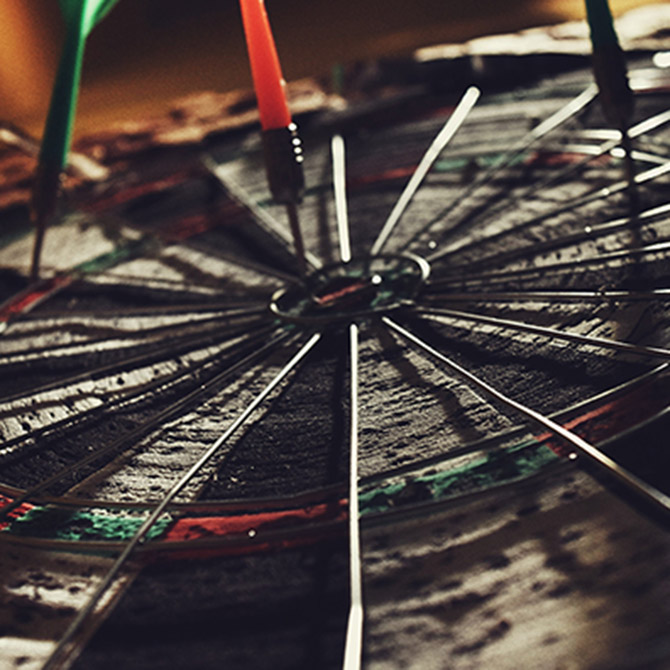